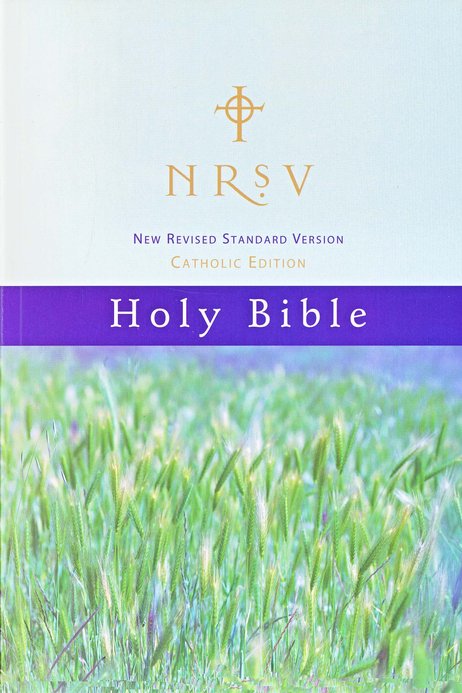 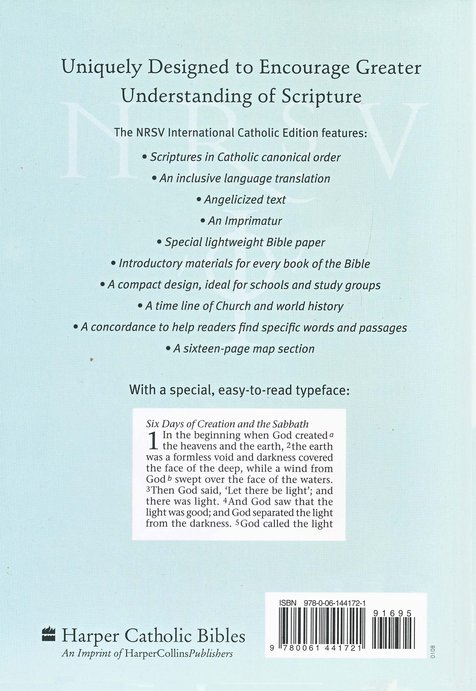 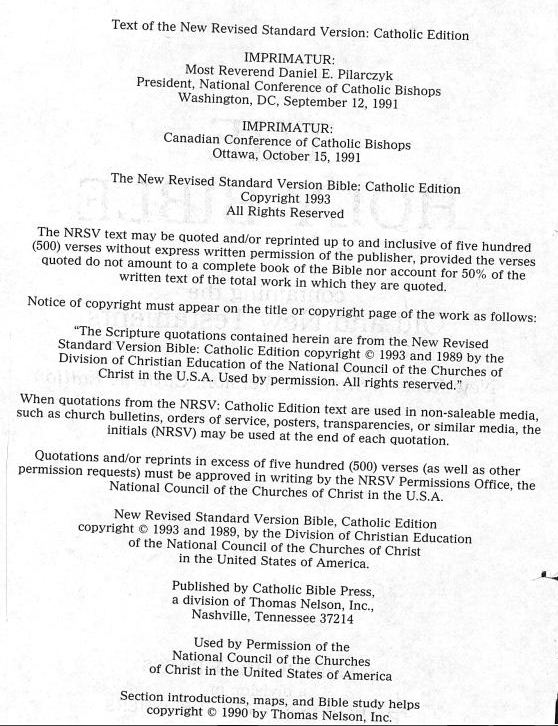 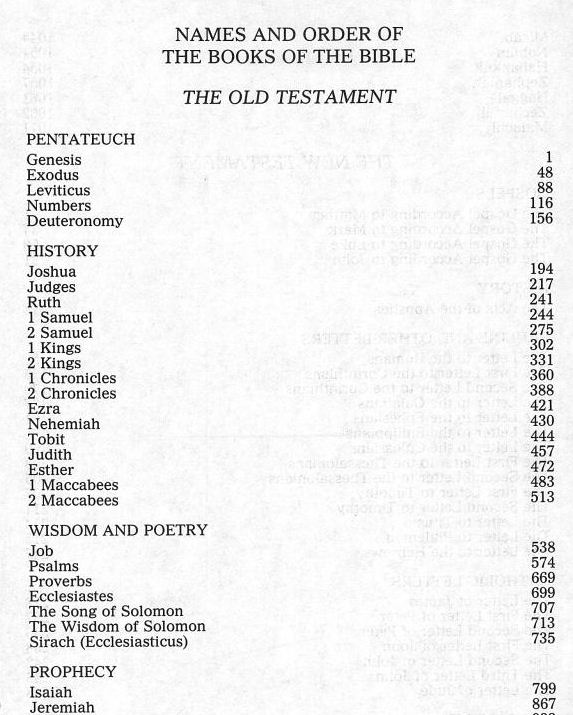 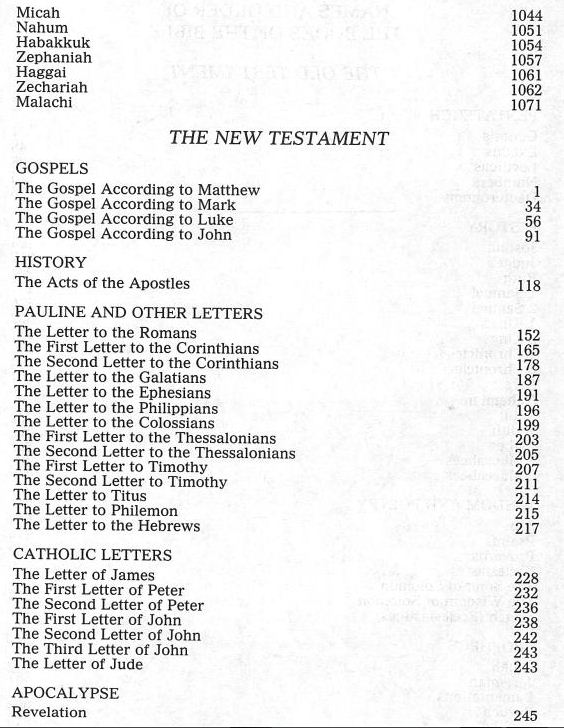 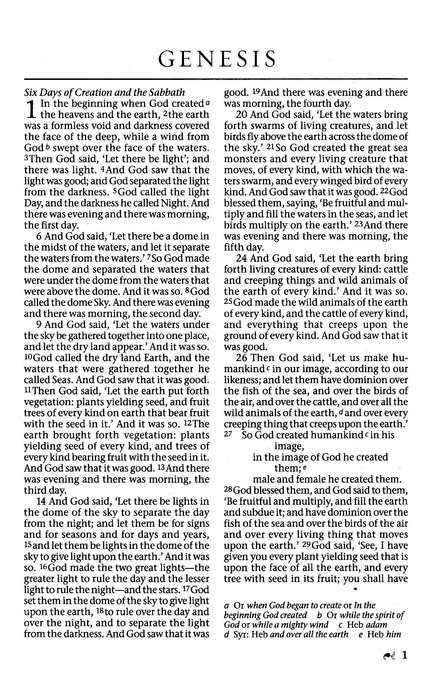 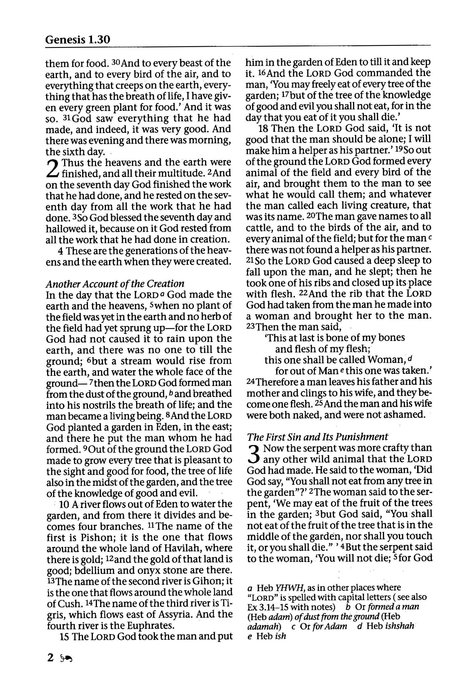 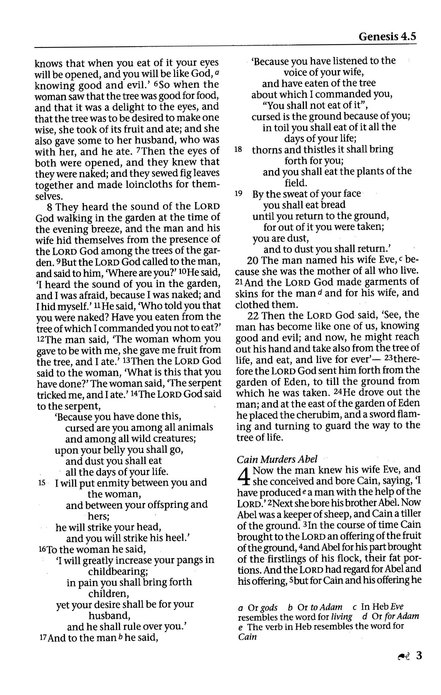 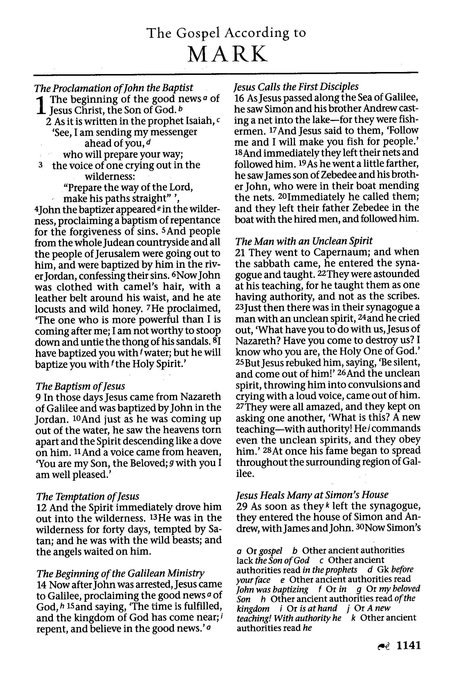 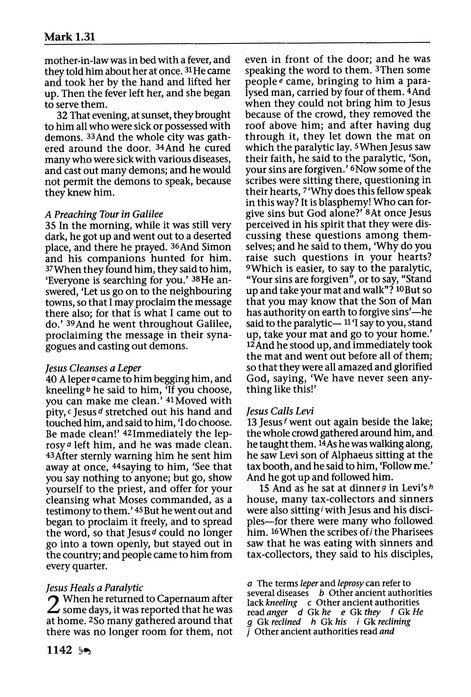 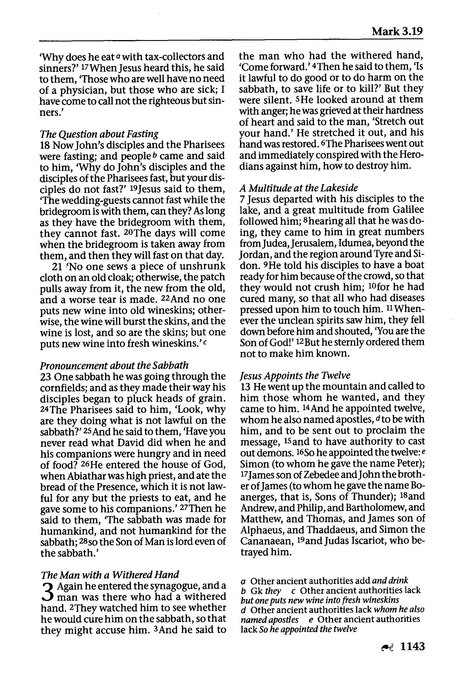 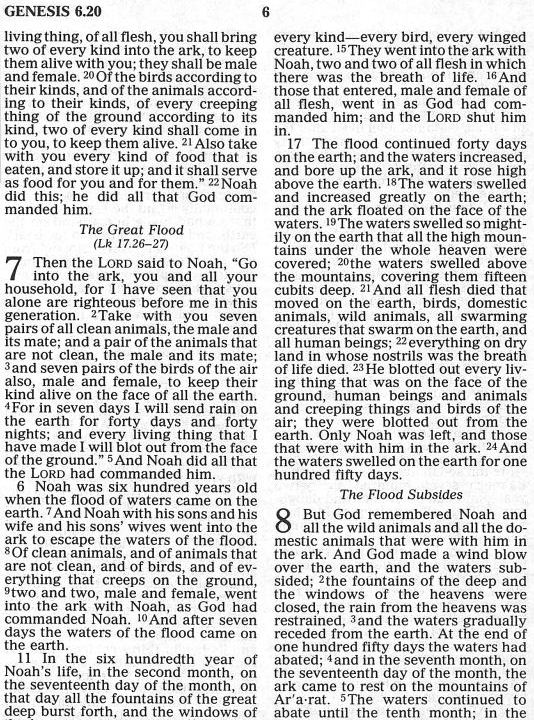 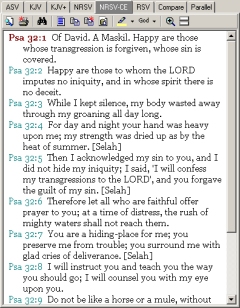 12 Reviews
The New Revised Standard Version is the translation preferred by mainline Protestant churches, Orthodox churches, and by many Catholics. The NRSV is recognized in many scholarly circles as the most accurate translation into English of the original Hebrew and Greek texts. In the tradition of its predecessors, the King James Version and the Revised Standard Version, the NRSV was designed to be the "standard" version for English–speaking people across all denominations, which in many ways it has become. Unlike the new, more sectarian translations, the NRSV achieves a high standard of elegance and accuracy.This Anglicized Catholic edition of the NRSV includes an Imprimatur and all books of the Catholic canon.
Runs on e-Sword PC, Android, X for Mac®, HD for iPad®, and LT for iPhone®. These links show system requirements for using e-Sword software on your device. Recent versions of e-Sword are required in order to install and use e-Sword modules purchased from eStudySource.com. 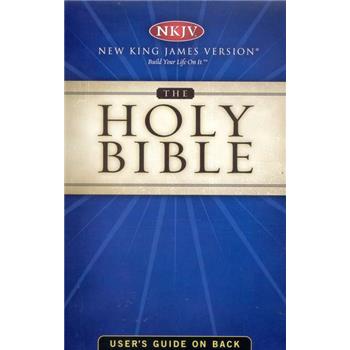 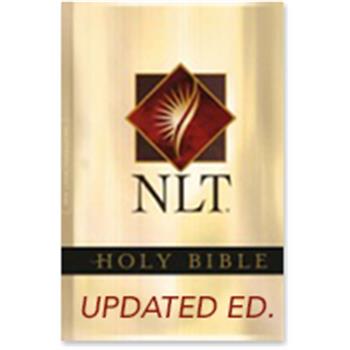 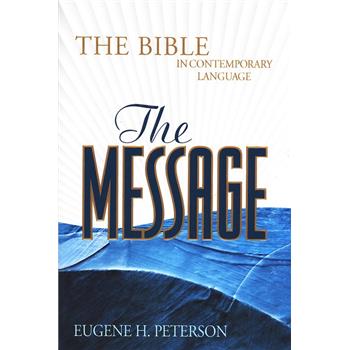 The Message Bible for e-Sword 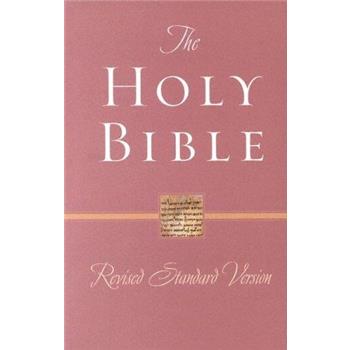 The Revised Standard Version for e-Sword 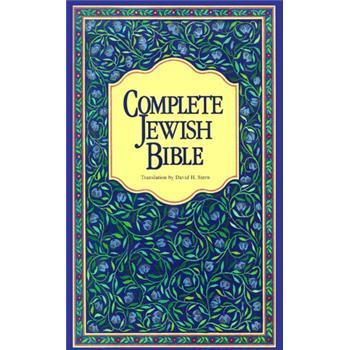 The Complete Jewish Bible for e-Sword 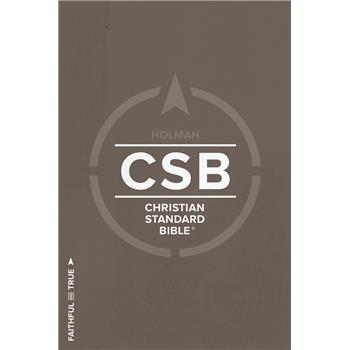 Catholic Bible (10/9/2020)
Reviewed by (John Paolinetti, Bourbonnais, IL, United States) - With the inclusion of the NRSV-CE, E-Sword has provided a bible for every Christian denomination. Having this diversity of bibles is most important during this time of pandemic for individual reading, comparison, and study.

The only modern Catholic Bible on E Sword (9/20/2020)
Reviewed by (Mike Bugal, Canlaon City, Negros Oriental, Philippines) - I downloaded this translation because it is the only translation on the USCCB's list of acceptable translations for Catholics available here. The ancient DRB is the only other one. That is like only giving Protestants the KJV and nothing else.

That's a good version (4/25/2020)
Reviewed by (Nelson Londono Marin, London, Great London, United Kingdom) - I like the product very much But why there is not a spanish version of this bible? That's a must please because among many people that i know are asking for sapnish version please Thank you very much Nelson

Excellent NRSV-CE for e-Sword (8/14/2018)
Reviewed by (Mike Powers, Woolwich, ME, US) - I've been looking for an electronic version of the New Revised Standard Version (NRSV) Catholic Edition for quite a while, and I finally found it at e-Sword. This e-Bible gives me the NRSV for my e-Sword library, with the added benefit of the Apocrypha. This is an excellent resource. I read it quite often, and, apart from the sometimes awkward and inconsistent gender-neutral language, I find it very enjoyable. However, I do wish that e-Sword would provide paragraph formatting (instead of verse-by-line) for the NRSV and other translations that publish print versions in paragraph format. That would make an already excellent module even better.

It's The Full English! (6/3/2018)
Reviewed by (Stephen Froggatt, Sutton Coldfield, Birmingham, United Kingdom) - Although labelled as 'Anglicized' rather than 'Anglicised' this is the English edition of the NRSV as available in Christian bookshops in the UK. It has taken the decision to retain -zed rather than -sed endings, but these are arguably correct in some English usage. Other more subtle difference concern numbers greater than one hundred and some verbs with prepositions. For example, here you would find "One hundred and forty-four" rather than the US "One hundred forty-four". You would also find "Wrote to the King" rather than, "Wrote the king". The fact that this is a 'Catholic Edition' refers to the inclusion of the Apocrypha. One of the best features of e-Sword for me is the ability to compare multiple translations easily and in a highly customisable way. This UK English edition of the NRSV enables me to bring my Ordination Bible to my iPad for deeper Bible Study. An excellent resource.

A very welcome addition (1/22/2016)
Reviewed by (Fr Neil Bryson, MAIDENHEAD, Berkshire, United Kingdom) - This is a useful addition to the resources: it has both the D-C books and non-American spelling.

Bible Study Made Easy (10/20/2015)
Reviewed by (Stephen Starbuck, Punta Gorda, Floida, US) - Finally a way to correctly study the Bible and get an understanding of why,where and the time line. You can finally research words and passages easily for comparison. Highly recommended!

When more is More (10/9/2014)
Reviewed by (sharron Clark, Poulsbo, WA, US) - As an Anglican we read the Apocalyptic books...but since I was saved in a Protestant church I did not have them...now I feel connected to more Believers, including the Eastern Orthodox. THANK YOU

Fine Bible Translation for Homily Preparation (8/18/2013)
Reviewed by (Robert Du Broy, Ottawa, Ontario, Canada) - The NRSV-CE is used in the English language Catholic liturgy of Canada and several other countries. As a result, this translation is an essential addition to eSword for the preparation of homilies and for any serious comparative interpretation of Scripture. Many passages made familiar to the public through the oft-cited KJV or the NIV have similar wording in the NRSV-CE.

Reliable ecumenical translation ideal for e-Sword (5/1/2012)
Reviewed by (Mike Farley TSSF, Swanage, Dorset, United Kingdom) - I am very grateful to have an Anglicised version of the accurate and reliable NRSV available for e-Sword, and it being the Catholic version with the apocrypha / deuterocanonical books is the icing on the cake, as it is suitable for any denomination to use. The version works seamlessly with e-Sword, making it perfect for day to day writing tasks as well as for serious research. Invaluable, and worth every penny.

Having both the "Catholic" and the "Protestant" Bibles handy I can now counter the charge that we're not using the same Bible! With side by side comparisons of the same verse from a Bible that has Vatican approval that argument goes away!

Join for News and Discounts